Stories from when I lived and worked in Japan! 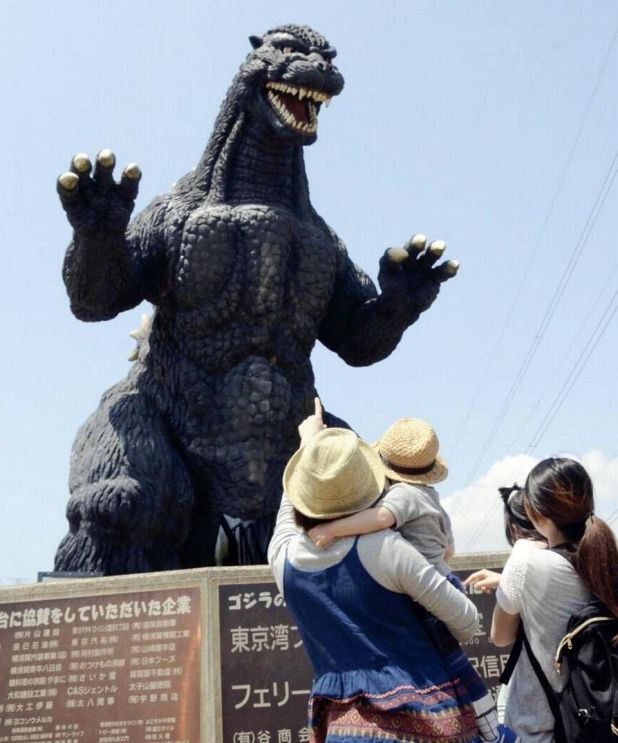 Here is a story I wrote about my first experiences in Japan. Hope you enjoy it.

Japan is a weird country

I love Japan, especially since it is so different from the United States, where I come from.  However, when I first came here as an exchange student in college, I admit I thought Japan was really strange

One of the first things I noticed was that there is always a lady cleaning the toilet.  No matter what time of day it was, or where it was, there was always a lady in the men’s room cleaning the toilet.  It seemed like they lived there.  To this day I am still afraid to open the door to the cleaning closet in the toilets.  I’m afraid I will open the door and find the cleaning lady sitting there drinking tea and watching television.

The same was true for supermarkets.  Every time I went into a supermarket there were children screaming “Okaaa—san” (Mom).  At first, I thought the store managers rented these children for their stores so that people would think their stores were popular. The weird thing is no matter how many mothers are in the store, this kid’s mother knows it’s her child calling her.

Dating in Japan is very different.  Japanese women want romance, but they won’t go on a date unless there are least four people.  When two people do go on a date, the women always ask the men what blood type they are.  The first time this happened, I thought I was dating Dracula’s daughter.  I was afraid she would order a bloody Mary with real blood in it.  The only thing I could I tell was that my blood type was red.

When I studied Japanese, I thought I would be able to communicate with them very easily.  My pronunciation wasn’t very good, so I would draw the kanji characters on the palm of my hand.  I noticed that the Japanese do this quite often.  With one finger they will draw the kanji characters on the palms of their hands.  The surprising thing was since they did it with their finger, there was no actual writing on their palms, yet they would show the empty palms to whoever they were talking to.  The really strange thing is the other person would look at the empty hand and actually be able to read the invisible kanji character.  I wished they taught me that trick in my Japanese classes.

Still, I was impressed with many other things.  I liked the custom of taking off our shoes whenever we go inside our homes.  I think the company morning meetings where people tell others what they are doing that day are a great idea.  I also like the idea of everyone working in the same room.  It makes it easier to hold meetings and to communicate with co-workers.  I found it easier to meet my neighbors since when I move into a new neighborhood, I must introduce myself to them.  It’s the opposite in the United States where the neighbors come and introduce themselves when a new person moves into the neighborhood.

I also like the Japanese festivals.  Hanami is a wonderful way to welcome spring.  Obon is great way to meet and socialize with my neighbors.  I love the fact there are many fireworks festivals during the summer.   It’s nice that on Valentine’s Day everyone in the office gets some kind of gift, even if it just some “giri choco”.

Yes, Japan is very different from where I grew up.  Still, it’s those differences that make living in a foreign country so exciting and such a wonderful experience.  No wonder I loved living there.

It was my first day on the job with a Japanese company when I met Murakami San, a 55-year-old businessman who had been with the company for 26 years.  Since he was a former high school English teacher and spoke English, he became my “senpai,” a senior company individual who acts as a mentor and advisor.

For the next five years, as my senpai, Murakami San taught me about life in Japan and Japanese business.  As the “kouhai,” junior company individual, I was to listen and do what I was told.

When a person enters a Japanese company, he or she develops relationships with those above him or her.  After a short while, the individual with build a “mentor-student” relationship with someone senior in the company.  This relationship, which lasts throughout one’s time with the company, is called the senpai-kouhai relationship.

At my first company party, where the company welcomes new employees, Murakami San quickly went to work.  He put a bottle of beer in my hand and dragged me to the head table.  He had me pour beer for each individual while he introduced them to me and made me repeat Japanese phrases.  Little did I know, he was teaching me my first lesson in Japanese manners – the paying of respect to hosts and senior members of the company.  This courtesy is common at any Japanese social occasion.

My learning experiences mirrored those taught to the American boy by his Japanese sensei in the movie “The Karate Kid.”  I usually didn’t know what I had learned until after the lesson.  One day Murakami San gave me a box of cookies and told me to pass them out to everyone while saying “Tumaranai mono desu ga, meshi agari kudasai.”  After I passed the cookies out to all 27 people in the office, he told me that I had just learned the proper way to present a gift of food or drink to someone.  The phrase I had mumbled throughout the office meant “This is a small gift, but please eat/drink this,” (I hope you enjoy it).  Later, I found out phrases he taught me were useful during many other social situations such as giving gifts to friends and receiving gifts from others.

In addition, Murakami San made sure I knew the proper way to enter an office and how to greet guests.  I learned how to bow, how to present my name card, how to say thank you, how to answer the phone and dozens of other Japanese business habits.  All of this proved very helpful when I was deployed with a Marine unit from Iwakuni to Kobe to help with the earthquake relief organizations.  Even though my Japanese language ability was limited, the proper manners helped when working with civilians.

Murakami San also taught me how Japanese business works and how to work with others to maintain harmony in the office.  For example, if I had a suggestion on how to change something, I shouldn’t just bring it up at a meeting.  Instead, first I should discuss it with him and others to find out their opinions on the subject.  If favorable, I should let Murakami San know, so that we could decide on how to introduce the idea or bring it up without offending anyone.  Murakami San would often explain that in a Japanese business you don’t worry about getting credit for your ideas, but instead be concerned about how others will receive them.  This concept is many times called “tact” in American business.

But Murakami San’s duties weren’t confined to business.  When I went to my first Japanese wedding, and my first Japanese funeral, he made sure I knew exactly what to do and what to say.  He made sure my gift money was properly wrapped and addressed.  He even made sure I had the proper tie to wear (In Japan, one wears a white tie for happy occasions such as weddings and a black tie for funerals.)

Murakami San informed me about local festivals.  He helped me with travel arrangements when I went home for Christmas.  He made sure I paid my bills, separated my garbage, and found a doctor who could speak English.  In short, no matter what kind of problem I had, he would help me.

After five years, I left that company and moved on to another one.  I rarely see Murakami San, but the relationship is still there.  As long as I was in Japan, he was always my senpai and friend.